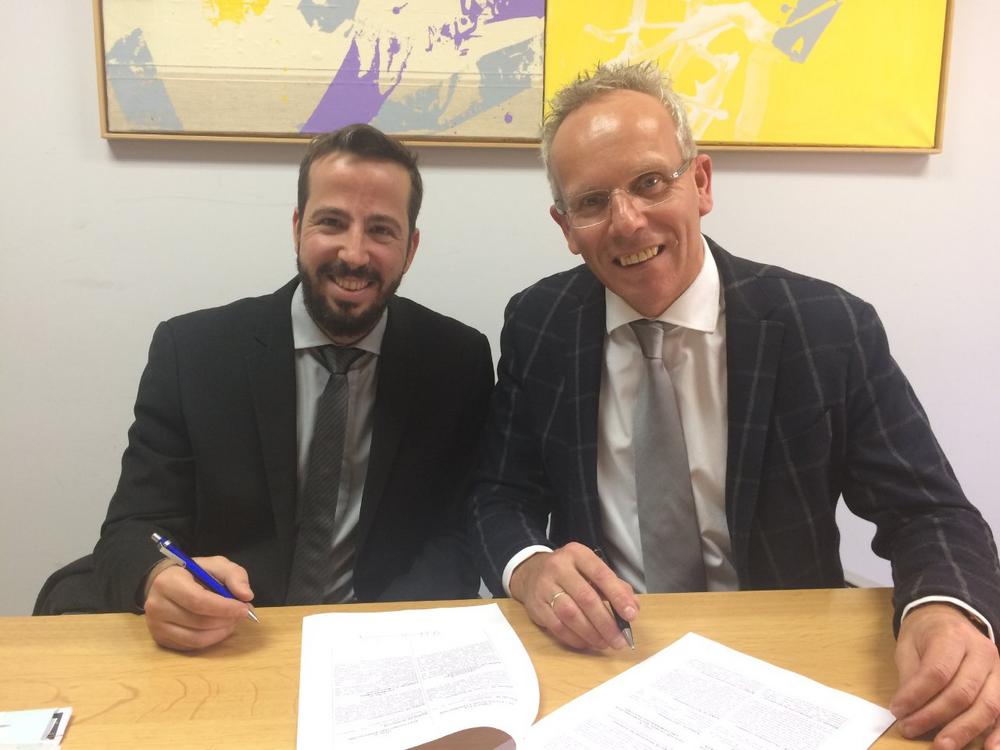 0
SHARES
ShareTweet
The manufacturer of adhesives and sealants Weicon has founded its eighth foreign branch office. After Dubai, Canada, Turkey, Romania, South Africa, Singapore and the Czech Republic, Madrid, the capital of Spain, is now one of the locations of the family owned German company.

Weicon Ibérica S.L., that is the official name of the new branch office, is located in the Spanish capital Madrid. The city is the ideal starting point for economic activities. The subsidiary is managed by the local Managing Director Alejandro González Cámara.
"In the last four years, we’ve been working very well with Alejandro. He worked for us as an Area Sales Manager in Spain. By setting up our new branch office, we want to strengthen our position in the Spanish market. We are looking forward to a very promising future on the Iberian Peninsula", said Ralph Weidling, Managing Director of Weicon.

"Spain has always been an interesting market where we have been operating for a long time. The country is one of the largest industrial nations in the world and it is very important for us to be there. The most important economic sectors in Spain are the automotive industry, metal and mechanical engineering, the chemical industry and the food and beverage industry. These areas are growing steadily and show good growth figures. Thus, Spain offers a strong sales market for our products. With our new branch in Spain, we want to use this positive situation", Weidling added.

The economy of Spain is the 12th largest economy in the world. Some of the country’s most important industries are metalworking, mechanical engineering, agriculture and petrochemical industries. The most important export and import partners are France and Germany.

Spain and Germany combine very close economic relations. Germany is Spain’s second largest trading partner after France. In the case of imports from Spain, Germany is still in first place ahead of France.

More than 1,300 German companies operate subsidiaries in Spain. Together with Spanish sales partners of German companies they are an important factor in the Spanish economy. According to the statistics of the Deutsche Bundesbank, the business activity of German branches in Spain secures more than 200,000 jobs in the Kingdom.

Since 1947, WEICON GmbH & Co. KG has been producing speciality products for the industry in Germany. The range of products includes special adhesives and sealants, technical sprays and high-performance assembly pastes and greases for all areas of industry – from production over repair up to maintenance. Another field of activity is the development, sales and distribution of stripping tools.
The company headquarters is located in Muenster, Germany. WEICON has subsidiaries in Dubai, Canada, Turkey, Romania, South Africa, Singapore, in the Czech Republic and in Spain. The company is represented by Area Sales Managers in Italy and Qatar and by WEICON partners in more than 100 countries all over the world.